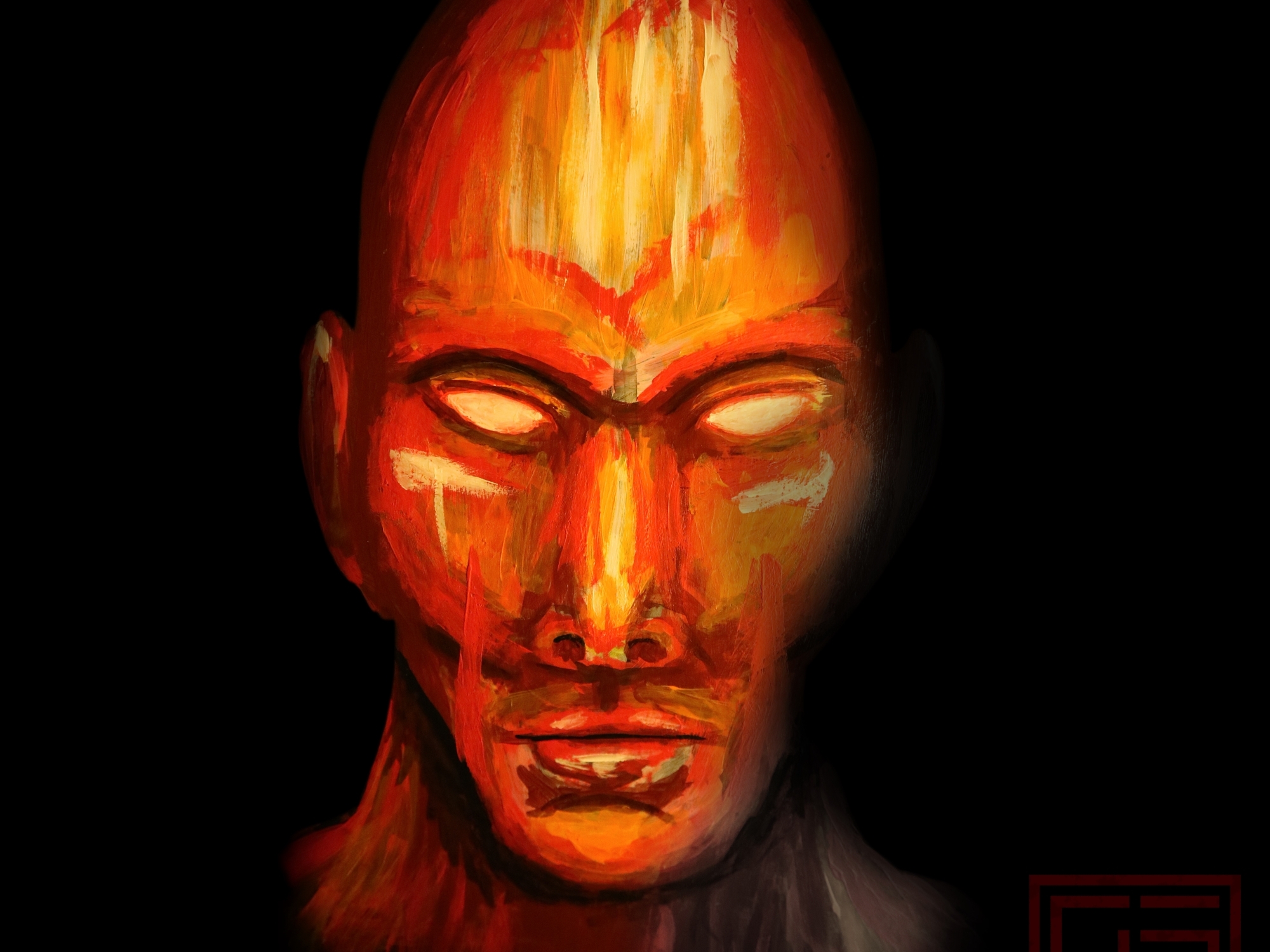 We are the fruit of the flesh, brought in to being when two opposites connect. One brings the spark of life while the other sets down the foundations upon which a new life may or may not thrive. When the latter occurs then life is lost. Dead before even being born. This may be through a fault in nature or by the intervention of science. Either way the new life never got a chance to see beyond the dark side of existence. It is a sad reality but life feeds on life, evolution means change and change means that mistakes will be made along the way. I learned this in my most fragile years and learned to adapt accordingly.
I had a brother who came in to being at the same moment in time as I did. Split from the same cell yet for some reason he did not make it out of the darkness. It is strange but I have always felt a connection to him even though he was still born and was therefore never present during my life. His loss may have had something to do with our mother or the situation she was in.
I don’t know much as I was adopted shortly after being born and the only information I know about my heritage comes from my adoptive parents. They never gave me details but always blamed my genetics when I started to get out of hand as a young teenager. “He came from bad breeding!” they would exclaim until eventually giving up on their duties and handing me over to foster care. The truth was that I wasn’t a bad kid, I just kept taking the rap for all the other kids in the neighbourhood. They’d steal or destroy property then point the finger at me and it stuck. You know:

“We’re all of good stock around here!”

Well when some of that good stock stole a car, crashed it and set it on fire. A fire that resulted in one of them ending up with severe burns and a long stay in hospital. I was called the instigator and I admit, I did violently protest my innocence which ended up convincing my accusers even more. The police found no evidence towards my involvement outside of the other kids saying that I had talked them in to it. For my adoptive parents it was the last straw and when I got back from the police station I found my bags packed and the next thing I knew I was in foster care with the words:

“We did everything for you and this is how you show thanks! There is just no fixing some people!”

Those words rang through my mind for years along with a bitter taste of injustice. 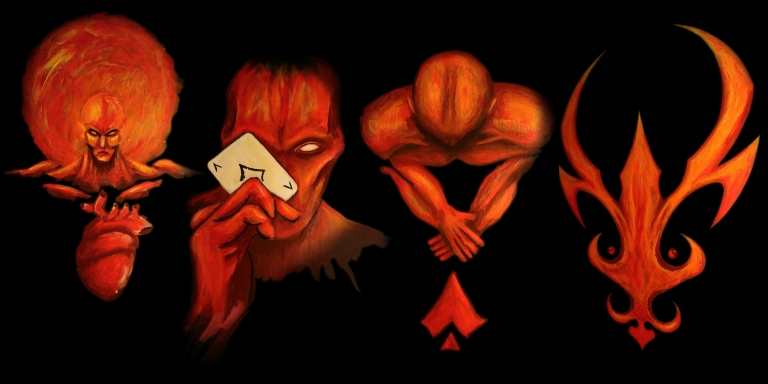 Foster care wasn’t a bad experience. I met others who had not been so lucky but my time in care was the only taste of stability I can recall having. There were some good people in my life during those times and I even met my first sweetheart.
She was a few years older than me and had originated from foreign shores. Having been adopted too and even though everything had gone well with her new found family she understood feeling like an outcast. Yet her adoptive parents were her real parents as far as she was concerned. Even after a few years away in the city to study to become a nurse she had returned to them as she felt that that was where she belonged.
I never really felt that sense of belonging the way she did. That is what made her a paradox to me as she understood being an outsider and yet felt like she a part of something.
We would sit on the rocky beach just outside the local village in the evenings and chat although even in silence she brought me comfort. We had an understanding. Sometimes I just wanted to be alone with my thoughts and sometimes I wanted to share them and as she always tuned in to my mood, her presence was always welcome.
I suppose she was a bit of a mother to me which kept our relationship platonic. There was also the fact that she was working as a nurse and I was a soul searching school kid who was very aware of what damage village gossip can do. So it stayed that way. 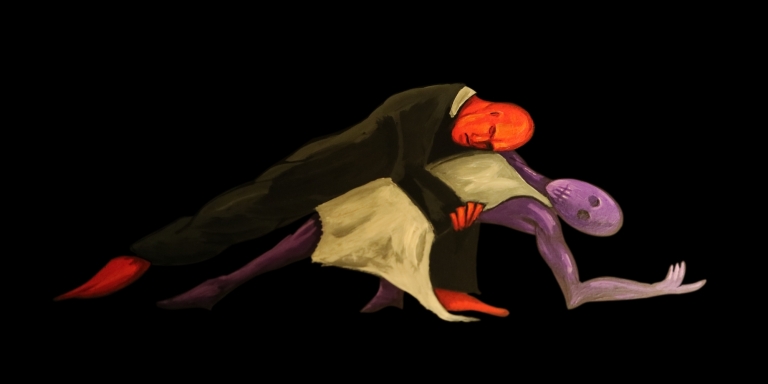 Then there was an old boy whom the villagers seemed to both love and fear. He’d spend his days doing odd jobs wherever odd jobs were needed before retiring to the local inn for his: “Not two, not four but three pints of the best nectar the gods can provide!” He was a character with skin like crimson leather and keen grey eyes drilled in to his sculpted skull. Often mumbling to himself before proclaiming: “Oh! There you are! Before holding whatever “you” was aloft and beaming stained teeth. He was the man that everyone knew yet somehow remained a mystery and who, on occasion, would take me under his wing for: “A gander with the fair folk in that other world within our world!” Which meant a walk in the woods.
He taught me how to hunt and the ways of the wilderness. Explaining that for balance to be maintained good things and sometimes bad things had to be done. “You’re an innocent lad but you need to understand that killing is the way life runs its cycle even if many call it an evil deed.” He explained to me that it is not whether you kill or not that defines you as a human being but how you kill. “Fast and painless is the humane way. The more pain you inflict on life, the darker you become, always remember that.” And as the future became the present, I remembered it well.

Then there was Clara, my foster parent. A slightly neurotic woman with a certain lenient sense of discipline. Her rules were simple and as long as you abided by them you were free to roam.
She gave me a standard of education and enforced in me the importance of the word. Whether I gave my word or used words to explain myself to others I should always be sincere and clear.
There was however a constant hint of folly behind her eyes that always made me feel like she was never completely present. As if something had broken inside of her that she wasn’t fully aware of yet kept distracting her from the present.
Never the less she kept me fed and dressed and made sure I got to school on time.

Thus It all ticked over until I came of age and had to leave and venture out in to the big bad world. The people of a little village had given me the tools they thought I would need to survive and sent me on my way. I left with a smile and a promise to return but I never did.
With the passage of time it became evident that I was born to walk a dark path with only a handful of memories to prevent me from becoming the darkness. With age I had my doubts and moments of temptation but in the end I became the blaze that could burn down all of the deceptions of Man.

Word, image and sound artist View all posts by GeoSolus